Hey everyone – on the morning of the zinefest itself, we present you one final zinester!

Dre Grigoropol, who sometimes goes by Dretime, is an illustrator and writer who makes homemade comic zines.  Her comics portray a quirky perspective about living a life style filled with hi jinks, mischief, satire, and surprises.  Story topics include ironic pop culture, movie theater etiquette, extreme rock-star idolization, conflicts with menacing fashionistas, and trying to stay true to oneself.  She is an alumni of Moore College of Art in Philadelphia, first and only visual arts college for women in the United States.  Dre Grigoropol’s comics and illustration have been seen in the Dirty Diamonds Anthology, the Secret Prison tabloid, Philadelphia City Paper,  Philadelphia Weekly, Art House Co-op’s Sketchbook Project 2011, and the Covered blog.  She conducted a on going a comics and zines writing workshop at the non profit organization Mighty Writers.   She also co-organizes the Philly Comix Jam, a monthly meeting where Philadelphia cartoonists make collaborative comics.

Dre and their comics: 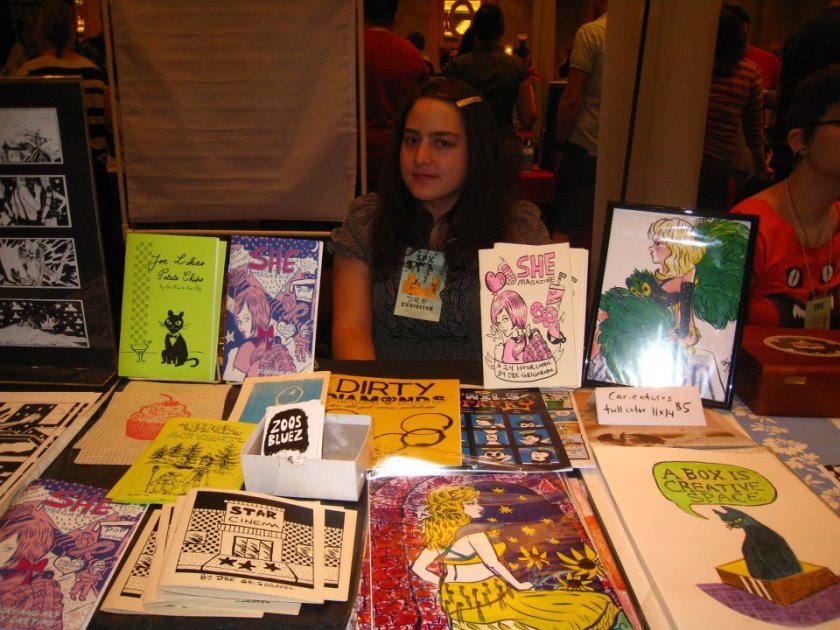